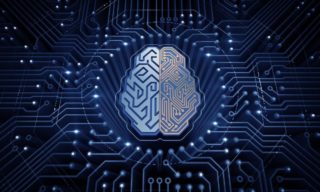 One of the leading AI companies in the world, DeepMind produced a study to predict kidney injuries 48 hours in advance. Along with this feat, the company has an array of achievements, from AlphaGo to partnering with Waymo to stimulate autonomous driving vehicles. Underlying all of these accomplishments, though, lies a gaping hole of debt. Recent reports of DeepMind’s financials reveals the viability of their business.

Owned by Google’s parent company Alphabet, DeepMind’s core mission is to build a general learning AI, which aims to replicate similar learning curves to humans. The costs to reach such an ambitious goal, however, run just as sky-high. According to Financial Times, “Deepmind saw its losses rise by 55 percent last year to £470.2m ($571m) and its debts rise to more than £1bn”. On the other hand, their change in revenue paled in scale. While their revenue certainly doubled to £102.8m, increased costs and debt have overwritten this feat. This has erupted a storm across the industry, raising questions about the profitability of their product. 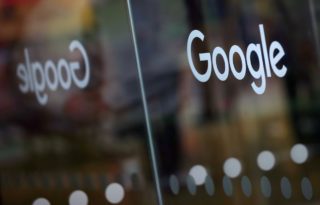 Many have started to doubt the company’s ability to generate profit. While there was an increase in revenue, high hiring costs plague the company. Salary costs rose from £334m to new heights of £568m, reflecting a high willingness to invest in human resources. In fact, according to Financial Times, tenured professors were “poached” from universities, being offered up to 10 times of their original salary.

In response to this growing cost, Google has taken steps to commercialise DeepMind’s products and research. For example, last year in June, Google merged DeepMind’s healthcare division, revealing the company’s ambitions to move within the healthcare sector. The tech giant has also pushed DeepMind to launch its text-to-speech product, Cloud Text-to-Speech, in 2018 to boost its revenue. According to the Verge, however, there have been rifts in the past between DeepMind and the tech giant due to “Google wanting to commercialise the former’s work.” Some analysts even parallel DeepMind’s current position to that of GooglePlus, whose inability to generate revenue resulted in the termination of funding from Google. 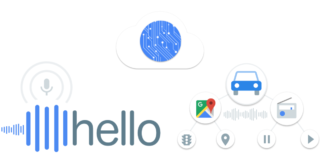 These huge expenses, however, also highlights the move in the industry to attract more high-level talent in these fields. According to Bloomberg, AI data scientists became the 5th job career to reach a 7 digit multimillion year job. The competition between rival tech titans revolves around direct “sky-high” salaries. Forbes comments upon this situation, calling it “an expensive battle” between Apple, Amazon, Facebook, and DeepMind “to hire the world’s best AI experts.”

Regardless to say, AI technology is all the hype right now. Players like Uber, Elon Musk’s OpenAI, and Amazon foresee this component as an integral part of creating the future, but the race to wrestle to become the market leader requires serious talent, which sheds these players billions.

Brian Trappe is Managing Director of Axiom Technology Headhunting in Hong Kong. Axiom is a headhunting firm comprised of a network of people who are passionate about technology to provide the most valuable service to their clients.

FURTHER READING: Has Technology Saved Us?

Article syndicated with permission from https://www.linkedin.com/pulse/billionaire-battle-ai-talent-brian-trappe/

Axiom is a headhunting firm comprised of a network of people who are passionate about technology. We use our knowledge of the industry combined with advanced technology solutions internally to provide the most valuable service to our clients externally.

They believe headhunting has changed dramatically with the advent of the digital era and we allow our clients, both consumers, and enterprises, to leverage these advances with the most modern external headhunting solution. Their internal workflows utilise thin client hardware and secure cloud-based software allowing our network to provide the fast and effective solutions their clients need.
Their approach is quickly scalable and entirely mobile giving us the ability to work from anywhere in the world and remain flexible to client requests. They operate a highly consultative service for companies and individuals globally having been responsible for projects and placements in the US, Europe, and our headquarters in APAC.