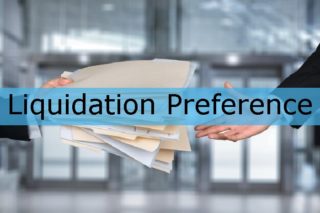 Liquidation preference is a concept which applies during the winding up of a company and arises from the additional benefits granted by preference shares. It is important to understand the effects of these clauses on shareholders if they are being requested by an investor.

Let’s dive into liquidation preferences and their implications!

Start-ups and scale-ups in the UK have recorded a raised investment in 2021 with the help of domestic technology. It has not just outperformed but also raised more capital than its German and French counterparts. There is a huge increase in the set up of new businesses.

On the other hand, preference shares are held by institutional investors, be it a venture capital or private equity firm. The holders of preference shares are conferred some special rights upon them. Such rights may include entitlement to a fixed dividend, the right to redeem, to convert it into ordinary shares. In either case, whether it is winding up of a company or sale of a company, the holders of such shares get preference over other shareholders and this is known as a liquidation preference. This article briefly discusses liquidation preference and its related aspects.

What is Liquidation Preference?

Basically, liquidation preference relates to what happens to a company in the event of winding up. It states how the surplus assets of a company should be distributed between its shareholders in the case of winding up or a sale event of the company. During the winding-up scenario, the debt of creditors whether secured or unsecured must be settled first using the surplus assets of the company. This is also known as the waterfall provision because the distribution order of the proceeds is from top to bottom.

Consider an example, where an investment of £2 million (20%) has been made by an investor in a founder’s business. Without having the liquidation preference in place, the founder could sell the business immediately for £5 million and leave half of the money back to the investor.  The liquidation preference ensures that the investor will have a right and a priority to receive its money, £2 million over the founder receiving the remaining £3 million from the sale. “

A company’s ‘Articles of Association’ mentions the detailed provision of the share capital. It is of no importance as to who holds the shares, therefore, it is not necessary to have in place any separate shareholder’s agreement between the parties.  Although the term liquidation preference is generally used in the transactions, ‘waterfall’ is also applicable to the distribution of proceeds at the time of a voluntary sale event.

The general position is that all share-holders receive pro-rata to their shareholdings unless a liquidation preference has been negotiated for capital proceeds at the time of a winding-up or a sale event. The shareholders will receive it as per the shares held by them. There are different types of liquidation preferences which are discussed below.

Technically, the non-participating liquidation preference will also be structured in a way so that the investor can benefit from the higher amount it would receive on its initial distribution preference or the amount in line with the other shareholders. In case of completion of a lucrative sale event, there is no cap on the initial investment of an investor. They can benefit from the full ownership percentage amount that is relative to the higher transaction value of the company as if they were an ordinary shareholder. The downside and (proportional) upside are covered off.

What options are available for individual or professional investors who take advantage of the popular SEIS/EIS (EIS) and VCT tax-efficient schemes? Are there any restrictions imposed on the use of a liquidation preference by those investors?

The general rule for both EIS and VCT-funded investments is that in case of a winding-up event,  there can be no liquidation preference over other shares. That is why conventional preference shares rarely exist in the UK angel and seed funding rounds.

All shareholders shall receive capital proceeds on a proportionate basis in accordance with the subscription price of their respective shares held, and the number of shares held. When dealing with the winding up scenario, the tax legislation appears to deal a hammer blow to a liquidation preference for EIS and VCT investors.

Another arrangement known as the swivel arrangement has been used in the market. This entitles the investors to recover their initial capital invested without necessarily benefitting from a preference in the eyes of HMRC.

This approach can’t be said to be without risk. However, this has been approved by HMRC on many occasions in the past. It is recommended to use this approach only where an advance assurance in respect of the investment to be made has first been secured from HMRC.

The restrictions on divisions of sale proceeds are not in the same manner as for winding-up proceeds. Having said so, there is more freedom available to EIS and VCT managers to express a more conventional priority right for such a scenario, with a 1x participating preference typically seen in the market.

As the company scales through progressive funding rounds, the obvious or overtly investor-friendly liquidation preference can seriously hinder the delicate balance of equity interests between founders and investors.

Therefore, by striking a balance early, both founders and early investors may be better positioned; come the time, when the company seeks next capital investment from a larger investor.