Pros and Cons of the Post-Money SAFE Agreement

Articles » Pros and Cons of the Post-Money SAFE Agreement 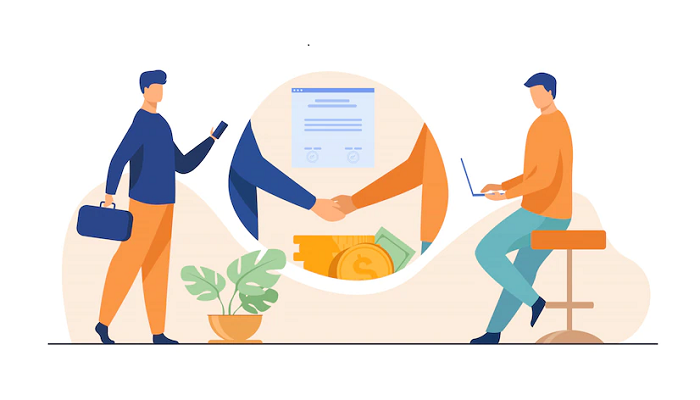 It’s been ten years since Y-COMBINATOR introduced the SIMPLE AGREEMENT FOR FUTURE EQUITY (SAFE). Since then, several new formats of the agreement have been published.

Today, we’ll look at the differences in the POST-MONEY VALUATION variant. Why is it different, and what should you look out for?

During the inception of the SAFE (Simple Agreement for Future Equity), it was created with an intention to simplify or smoothen the process of early-stage fundraising of startups.

The investor gives you money under an agreement to invest that money for the company with the hope to convert that money into shares of stock.

There is less negotiation and paperwork involved than required in the issuance of shares directly. Many founders might still find it difficult to understand the working of SAFEs when it particularly relates to pre-money and post-money SAFEs.

In 2013, when the SAFE agreement was introduced by Y Combinator, not many people expected it to become the de facto instrument for early-stage investing. The document was present everywhere and to handle such expansion, a revised document named post-money SAFE was introduced.

The changes introduced in the post-money SAFE had a significant impact on founders and investors. It is often asked whether they should use the pre-money or post-money SAFE.

Both versions of the SAFE come in a few different combinations; namely:

Since the distinction between the pre-and post-money SAFE comes down to how the valuation cap and resulting price per share are calculated, this article mainly focuses on SAFEs which include a valuation cap (i.e. combination 1 and 3).

What is a valuation cap?

For example, where for the next priced round of financing, the valuation of the company is $10M and the previously issued SAFE has a valuation cap of $5M, then notwithstanding the fact that the new investors buying in at a $10M valuation, the valuation cap for the SAFE holders will be $5M.

However, when post-money SAFE is involved, it works differently in a way that founders are diluted by the SAFE investors but existing SAFE holders are not diluted.

How to tell if a SAFE is pre-money or post-money?

When the SAFE gets converted into shares, the issued shares are determined on the basis of the conversion price which is further calculated by dividing the valuation cap by the company capitalization which is the cumulative total number of shares and options.

So what’s the difference if the conversion price is the same?

Let’s look at a concrete example:

Two factors are significantly affected by the type of SAFE used:

1) The ultimate size of the round

The amount of money which the company will raise using SAFEs is not always clear from the get-go.

In the post-money SAFE example above, where the company raises an additional 1M by deciding to extend the round, the documents would still have a post-money valuation cap of $9M, but the equivalent pre-money valuation is now $7M ($9M – $2M).

This means that in effect a lower valuation cap has been accepted by the company. Where the more capital is raised during the pre-money SAFE, such an issue doesn’t arise.

The way the unissued option pool (and any increases thereto) is treated in the calculation of the company capitalization varies on the type of SAFE used.

Under the pre-money SAFE, the calculation includes the full option pool, even if the options haven’t been allocated, as well as the increase to the option pool occurring in connection with the equity financing, an unknown variable at the time of SAFE investment.

Whereas, under the post-money SAFE, the full option pool is included but the increase to the option pool is generally excluded, thereby removing an unknown variable.

Is Y Combinator’s goal of dilution certainty fulfilled by the post-money SAFE?

In pre-money SAFEs, the SAFE shares are not included in the company capitalization and the consequence of it is that the conversion price does not take into account any other SAFEs issued by the company.

On the other hand, for post-money SAFEs, the shares that will be issued upon SAFE conversion are included in company capitalization and they are taken into account at the time of conversion to ensure that any dilution will be dealt by the existing shareholders (in most cases founders and employees) and not by the other SAFE holders.

Combining this with the removal of uncertain increase to the option pool from the definition of company capitalization, investors are allowed to calculate their expected ownership level upfront, thereby reducing dilution uncertainty.

Often, this right was misused and applied to the round of Series A in which the SAFE itself actually converted.

Another drawback to including pro-rata rights in the SAFE itself is that it may not be appropriate for all investors to have pro-rata rights and it should be considered on a case-by-case basis.

Lastly, the pro-rata rights are included in the standard Series A financing documents, and it is preferred to bound all investors by those forms rather than having some investors with standalone pro-rata rights that continue after the Series A.

Benefits of the pro-rata rights side letter:

The introduction of optional pro-rata side letter was to address this uncertainty and inflexibility by making it clear that the pro-rata right is applicable to the round in which the SAFE converts and it allows the granting of side letter on a case-by-case basis which means that only those investors who meet a minimum investment threshold.

Other differences of the new SAFE Agreement:

There are a number of other minor changes introduced by Y Combinator in the post-money SAFE to clarify the way to operate SAFE in certain circumstances. These are helpful but not paramount additions and hence are not discussed in this article.

Founders willing to go under SAFE should understand the difference between Y Combinator’s pre-and post-money SAFEs before coming to the conclusion to use one with an investor. In order to match with the type of SAFE chosen, the Founders should adjust the proposed valuation cap.

Excited to Learn About Zegal?