2019, marks the centurion year that women have had the right to practice law in the United Kingdom.

To mark this celebration Dana Denis-Smith, founder of The First 100 Years project says, “In this centenary year I would like to see us celebrate the hard-won progress of the last 100 years and the stories of those legal pioneers that are so vital in providing a solid, positive platform for the future. But we also need to persist in removing the barriers to women’s progress still built into the legal profession so that women embarking on their careers now can expect to be successful whatever path they choose to take”. 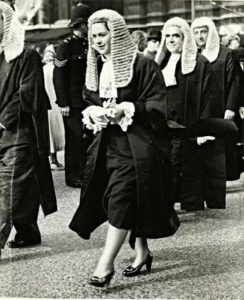 Since then we have seen women change-makers lead the way in the legal industry with Dame Rose Heilbron becoming the first woman to lead an English murder case. 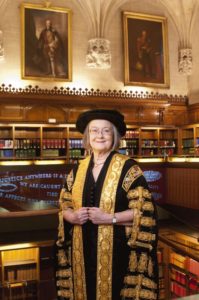 It is clear to see; women have paved the way for the next generation of female lawyers through dedication and hard work.

But is it equal pay for equal work?

The law on equal pay is set out in the ‘equality of terms’ provisions of the Equality Act 2010 (the Act). The Act gives a right to equal pay between women and men for equal work.

Whilst the law sets out very clear guidelines that no individual should receive lesser pay just because of their sex, in practice this same theory is not always adopted. Stats from EHRC shows that Women earn on average 43.5% less per hour, and 73.3% less in bonuses.

Women across the UK are now standing up to their employers with confidence and addressing their concerns with gender pay gaps. Businesses across the country are now obliged to publish data on their gender pay gap and can be taken to the Employment Tribunal for clear breaches of The Act.

It is, of course, to any female lawyer a reassurance to have access to such data, and this has no doubt influenced the Top 100 law firms. But, what about those female lawyers who are self-employed? Are they issue free?

Of course not, which leads me to my next topic: maternity and parenting as a female legal professional.

A Lawyer And A Mother

Like men, women spend a tremendous amount of time in academic study, and then in training, to qualify as lawyers.

Even upon qualification, newly established lawyers are stamped with titles such as “junior counsel” and “newly qualified”. The journey to becoming a successful lawyer is never ending and most are not satisfied with their success until they reach QC /Partner level.

For those women in employment, whether that be as a solicitor in a firm or as in-house advocates, there are strict laws against pregnancy, maternity and sex discrimination, that provide a level of safeguarding to female lawyers.

Of course, laws do not eliminate illegalities in their entirety, and the Employment Tribunal still sees thousands of discrimination claims pass through its doors every year.

It’s true that being self-employed does have its issues, as I covered in my last article.

Most pertinently here, protections from discrimination are limited in comparison to their solicitor associates. Jane McNeill QC, an employment barrister at Old Square Chambers and mother of two says: “Both are roller coaster rides, and to successfully combine them, it’s essential to have strong support networks, which must include excellent childcare that you feel confident with.”

Some women opt for a nanny, but this may only be an option for the highly paid, and out of reach for many, particularly those at the Criminal Bar. Alternatively, there are au pairs, crèches, nurseries and family members. “It’s a huge benefit to have a partner who can help out,” she adds.

Keep On Keeping On

The fight goes on and women around the globe are working tirelessly to combat challenges we face based on gender. 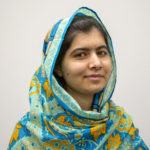 In the words of feminist revolutionary Malala Yousafzai “I raise up my voice-not so I can shout but so that those without a voice can be heard…we cannot succeed when half of us are held back”.

To be a part of the continued successes of women showing the legal professional that ‘we can too’ you can join network groups both inside and outside of your practice.

In the UK, check out this link to see what is happening where you are. 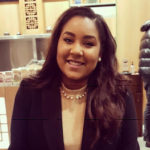 READ MORE FROM TERRI SCHOFIELD: A Letter To An Aspiring Lawyer: Why The Gig Economy Should be On Your Radar