Use Cases » Amend a contract you’ve already signed
How to

Zegal guides you step-by-step. For expert help, message us on livechat. Chat to us all day. There are no limits!

What are my options?

2.Draft a Letter Ending a Contract

4.Use a Deed of Novation

Can I amend a contract after signing?

Yes, a contract can be amended after signing if all the parties involved in a contract agree to do so.

Here are the options

A well drafted contract addendum is required to amend a contract after signing. There might be various reasons for altering a contract, such as:

A Contract Addendum is a document that adds or amends clauses of a signed contract.

After signing the original contract, it is possible that the parties wish to change what they have previously agreed, for example a different pricing or some additional obligations that the parties did not foresee.

It is important to establish how and when a contract can be ended and if there are any repercussions for doing so. A Letter Ending a Contract is necessary when the contract must be terminated in writing or when it is a requirement to have a clear written record of when the contract was terminated.

Additionally, a Letter Ending a Contract can create a record of cancellation or can serve as a courtesy to thank others for their services.

This letter is sent as an acknowledgment of termination of a contract between two parties. And, just as it sounds, where the termination is mutually agreed.

Option 4: Use a Deed of Novation

There are very minor differences between a contract addendum and an amendment to a contract. They are very similar in terms of their working mechanism however there are subtle differences between two of them. An addendum is used to add things that were not part of the existing contract. For example: if there are no pricing details mentioned in the original contract, an addendum can be useful to add those details.Whereas an amendment to a contract is used when an existing detail needs to be altered. For example: to extend the current payment deadline.

Alan Schmoll from Pave uses Zegal to amend a signed contract i.e to clarify and add things that were not initially part of the original contract or agreement. 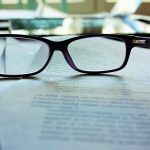 Need a hand? Not sure where to start?